The Revillagigedo Archipelago (Spanish: Islas Revillagigedo) is comprised of four volcanic islands in the Pacific Ocean, off the southern tip of the peninsula Baja California. The archipelago is famous for its flora and fauna, and you can find many endemic species here. Because of this, it has been nicknamed “Mexico´s Hawaii”.

The archipelago is geographically a part of the state Colima, but are governed under Mexican federal jurisdiction.

The total area runs about 420 km from east to west, encompassing a total of 157.81 square kilometres.

The three easternmost islands are named San Benedicto, Socorro (San Tomás) and Roca Partida. They are the Inner Islands, and they fall in the time zone UTC-7.

The westernmost island is named Clarión (Santa Rosa) and falls in the time zone UTC -8. It is known as the Outer Island.

How large are the islands?

The highest point in the archipelago is the peak of Cerro Evermann, at an altitude of 1 130 meters.

The archipelago is named after Don Juan Vicente de Güemes, 2nd Count of Revillagigedo, who was the 53rd viceroy of New Spain.

Yes, the naval station on Socorro Island has a staff of 45 people. There is also a small naval garrison comprised of 9 staff members on Clarión.

The archipelago has been a Biosphere Reserve since June 1994. 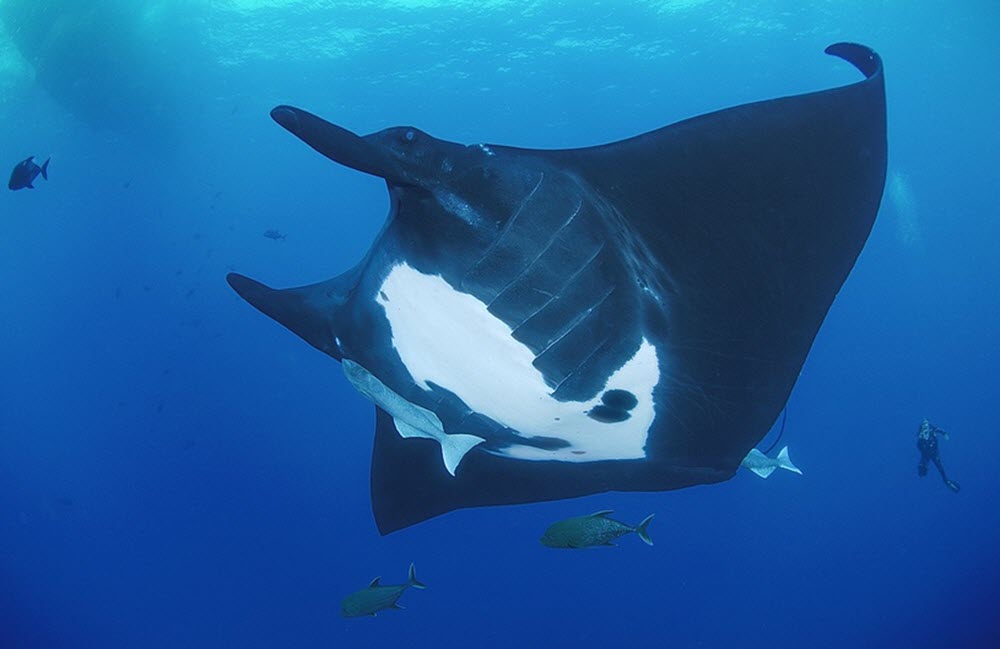 The Revillagigedo Archipelago was accepted as a UNESCO World Heritage Site in July 2016.

The Revillagigedo Archipelago, which was already a Biosphere Reserve, became a National Park and Marine Reserve in November 2017.

The Revillagigedo Archipelago is home to many endemic plant and animal species.

Socorro is not just the largest island, but also the one that is most diverse in topography. Unsurprisingly, it also exhibits the largest biodiversity of the four islands.

Clarión is the island furthest away from the Mexican mainland, and it has a much lower degree of biodiversity.

The eruption of the Bárcena volcano on 1 August, 1952, caused great damage to the ecosystem on San Benedicto, but a lot of recoveries has happened since then. Regrettably, the San Benedicto rock wren was extinct by the eruption.

Due to prevailing winds and currents, the plant life on San Benedicto is more similar to that of Clarión than that of Socorro, even though Socorro is closer.

The archipelago only have four species of native terrestrial vertebrates:

All four are endemic to the archipelago.

The archipelago have 16 resident taxa of landbirds, and one seabird.

Several endemic species of bird living on Socorro are considered endangered, such as the Socorro mockingbird (Mimodes graysoni), the Socorro parakeet (Aratinga brevipes) and Townsend’s shearwater (Puffinus auricularis). The Socorro dove (Zenaida graysoni) has already been extinct in the wild, but captive populations exist.

Apart from the resident birds, migrating birds visit the islands. One example of a popular resting spot is the beach Bahia Azufre.

The archipelago is part of the Humpback whales´ wintering region in the Pacific Ocean.